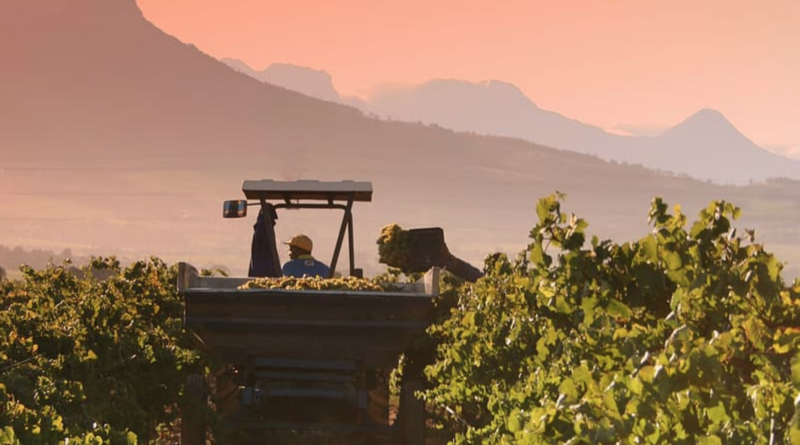 The #SaveSAwine campaign on Facebook was created towards the end of July 2020 by Winelands Podcast “About The Winelands” and reached millions of people worldwide via Social Media as well as mentions in the traditional press. This awareness resulted in a direct increase of consumption of South African wine all over the world. The large number of images of support posted in the @SaveSAwine Facebook group bears testimony to this and many international retailers and wine merchants have reported an increase in the sale of South African wine. Furthermore our members have directly supported the industry by purchasing wine online while patiently waiting for delivery until after the ban ends. This can be seen as a tremendous “crowdfunding” effort which alleviated the cash flow of many producers enabling them to continue their businesses and importantly to help them to meet payroll and other expenses.

Now, Erica Taylor (@Uncorkified) is spearheading the #60in60 campaign to introduce the world to 60 South African Wine Producers in 60 Days, with more #SaveSAWine initiatives over time.

Thank you for your Local and International Support!

We want to take the opportunity to thank each and every member of this community for their support. We also want to thank all our friends worldwide who support our fantastic South African wine industry. However, although this is a time to celebrate, this is not a time for complacency. Unfortunately the struggle to save our industry has only started and will continue for years if not decades into the future. Here is the harsh reality.

Vinpro further estimates that wine tourism has lost more than R2.5 billion in revenue between March and July 2020, with the majority of these losses incurred at the tasting room. This will inadvertently have a severe effect on profitability, employment and the financial stability of the communities that are dependent on this sector. While the turnover from wine tourism activities represented nearly 15% of wineries’ total revenue, micro wine cellars with a turnover of less than R10 million per year are most dependent on wine tourism, which represents 41% of their total turnover. It is especially the small and micro enterprises that do not have sufficient bridging finance to sustain their businesses.

OVER 90% OF WINERIES ARE IN TROUBLE

Managing director of Vinpro, Rico Basson said the industry had moved from crisis to disaster.

The wine industry is sitting on a 300 million litre surplus and an impending harvest, which will add to the challenges the industry already faces,” he said.

Wine expert Michael Fridjhon believes that South Africa could lose up to 90% of its wine producers over the next five years. South Africa’s 530 wineries mostly include small and medium enterprises with an average annual turnover of less than R10 million, and he says that these wineries will not be able to survive.Unfortunately this is not the end of the story.

The wider South African economy is in crises that this country has never experienced before.In South Africa, activity is expected to contract by 7.1% this year – the deepest contraction in a century and 8% weaker than previously forecast – as stringent domestic containment measures, including an extended national lockdown, have severely disrupted activity.

Without urgent action, national debt could exceed 140% of gross domestic product by the end of the decade, according to an emergency budget presented in June. That compares with only about 26% in 2008, when the last global economic crisis began.By the time coronavirus restrictions were imposed in the country in March, South Africa was already in recession and unemployment, at 30.1%, was at a 17-year high. One of the world’s strictest lockdowns has probably left millions more jobless and slashed economic output, while the number of confirmed cases has surged to over half a million regardless.

The economy probably contracted more than 30% on an annualized basis in the second quarter, according to central bank forecasts, and portfolio outflows in the first three months of 2020 were at the highest level on record. Consumer confidence is at the lowest since 1985, when the United Nations Security Council urged further economic sanctions against South Africa over its apartheid policies and the Whites-only government declared a partial state of emergency.

Finance Minister Tito Mboweni’s emergency budget stressed the need to keep debt in check and last month South Africa took out a $4.3 billion loan from the International Monetary Fund, its first ever from the organization at a sovereign level. Mboweni has pledged to cut government spending by 230 billion rand over the next two years. All of this means that our wine industry can expect zero help from our government and we will be reliant on ourselves for survival. One thing that the Coronavirus pandemic has exposed, not only in our country but worldwide is that we are in a crisis of leadership. Leadership by individuals has been weak, fragmented and impeded by political agendas as well as ideology.

This leaves us as citizens with the only option of taking responsibility ourselves. This is our opportunity as a community to step up and take leadership in our industry, to collaborate even more with others and to support our beloved wine industry, not only to save it but to help it to thrive for generations to come.

Our appeal is for each and every one of our members to take even more action with the following suggested steps.

And last but not least, when you purchase wine make sure it is a South African wine. Every bottle tells a story, every sip encapsulates the love, sweat and hard work of everyone in this industry.

Always remember, when you taste wine, it’s not you tasting the wine, it’s the wine tasting you. #SaveSAwine